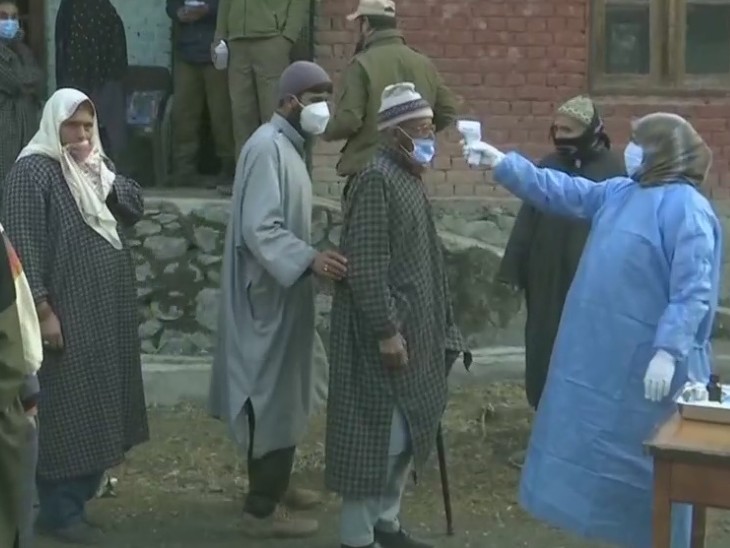 The second phase of voting took place on Tuesday for the DDC elections in Jammu and Kashmir.

The Election Commission said that 48.62% of the voters cast their votes in this phase. Voting started at 7 am and went on till 2 pm. On November 28, the first phase saw 51.76% voting. For the first time, any elections are being held in Jammu and Kashmir after the removal of Article 370 and becoming a Union Territory.

For the first time, 6 parties of the state meet together in the field
This is the first time in the history of Jammu and Kashmir, when the 6 major parties of the state are together in the electoral fray. After the removal of article 370, these parties have formed a secret alliance. These include the National Conference headed by Dr. Farooq Abdullah, Mehbooba Mufti-led PDP, Sajjad Gani Lone People’s Conference, Awami National Conference, Jammu and Kashmir People’s Movement and local unit of CPI-M. BJP and Congress candidates are in front of them. According to the current political equation, the Gupta alliance is strong in Kashmir, while the BJP’s position in Jammu is quite strong.

Hangout group conversion will now appear on Google Chats, new members associated with the group will also be able to read the old conversation