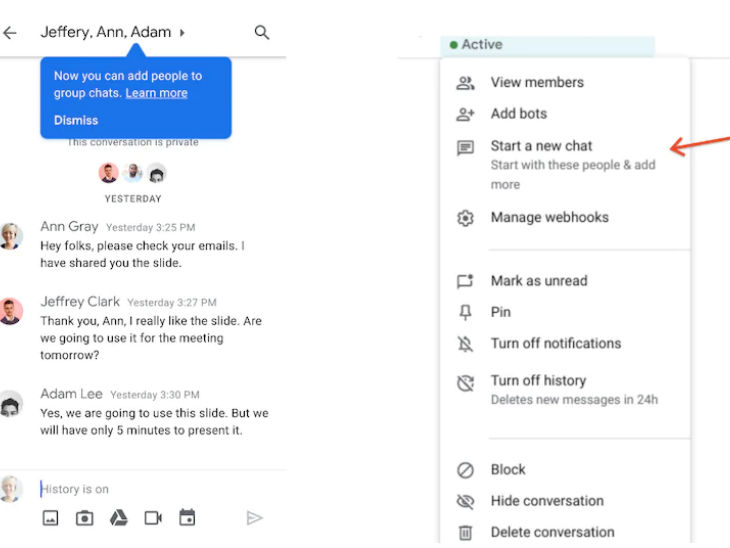 Hangout Group Conversion Will Now Appear On Google Chats, New Members Connected To The Group Will Also Be Able To Read Old Conversations

Google has started migrating hangout chat, along with contacts and saved history. The company announced on Monday that it would start rolling out new updates from December 3. The updates will be related to the group conversion on the hangouts. The latest update states that group chats of hangouts will now appear on Google Chat.

The company wrote in its social media blog post
“Starting in the first half of 2021, everyone can start upgrading from a hangout to a chat. To ensure a smooth transition, we’ll help you migrate your hangout convergence and saved history automatically. These changes Next will ensure compatibility between classic hangouts and chat so that the user is as comfortable as possible.

Google chat gets many new features

Online payment: Now merchant partners of Paytm will not have to pay any charge on payment from wallet, UPI apps and RuPay cards