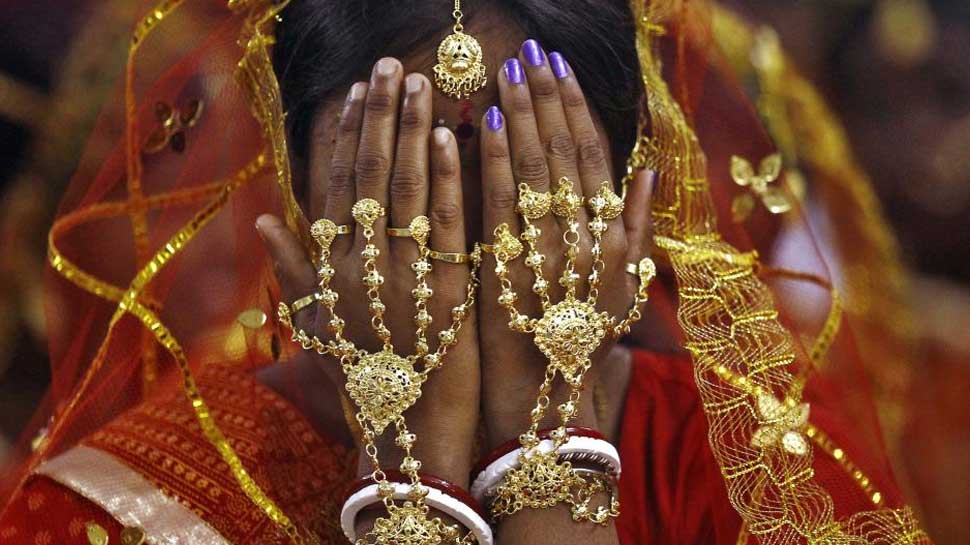 Chandigarh: Despite all the strictness of the governments, child marriage (Child Marriage) Are not taking the name of pause. Haryana (HaryanaStatus in Punjab ()PunjabWorse than). Till 31 October this year, where 17 complaints against child marriage were received in Punjab, 104 complaints have been filed in Haryana. Expressing concern over the increasing child marriage cases during the hearing of a case, the Punjab Haryana High Court has summoned the reply from the Haryana, Punjab and Chandigarh administration.

This fact has been revealed in the report sent by the governments after the tough stand of the High Court. During the hearing of the case on Tuesday, AIG Sarvajit Singh of the Punjab Government Bureau of Investigation filed an affidavit stating that till October 31 this year, a total of 17 child marriage complaints were received in the state, in which 16 FIRs were filed.

Only 39 complaints were recorded in 104
Apart from this, all the police officers and district police chiefs have been given guidelines regarding the compliance of the Child Marriage Prohibition Act 2006 by the Director Bureau of Investigation. Haryana’s ADGP, Crime Angest Women Kala Ramachandran told the High Court that so far this year 104 complaints of child marriage have been received in the state, out of which 39 FIRs have been filed.

Also read: – Nostradamus Predictions: In 2020 Corona shivered, this big crisis will come to earth in 2021

Police gave this answer in the affidavit
The court was told that the complaints in which the marriage did not take place or the age was eligible for marriage, did not register a case. Apart from this, it was told that the Child Marriage Prohibition Act 2006 has been included in the training of police officers. The court was told by the Chandigarh administration that only one case of child marriage has been registered in Chandigarh. Justice AK Tyagi of the High Court, taking all the answers on record, adjourned the hearing in the case till December 21.

The court raised questions about the law
In another such case, a case is filed against a boy who marries a young girl, but when a young woman marries a minor, the law is silent about the action taken against him. The High Court has raised a question on this. The High Court has raised questions not only for the family but also on the law and order. The court said that there are provisions in the constitution for marriage, even if the lover couple marries against these provisions, even then they cannot be allowed to kill in the name of honor.

Was this the case?
In this case, a loving couple, through their lawyer Surmeet Singh Sandhu, sought protection. The young man was 22 years old and the girl was under 18 years old. During this time, the girl’s family demanded that she take him with her as he was a minor. Expressing concern over the increasing number of such cases in which the girl’s age is not marriageable, the High Court said that child marriage is not banned despite the stringent law. The High Court said that despite such frequent cases, the police do not take concrete steps. The High Court had summoned information on child marriage cases.