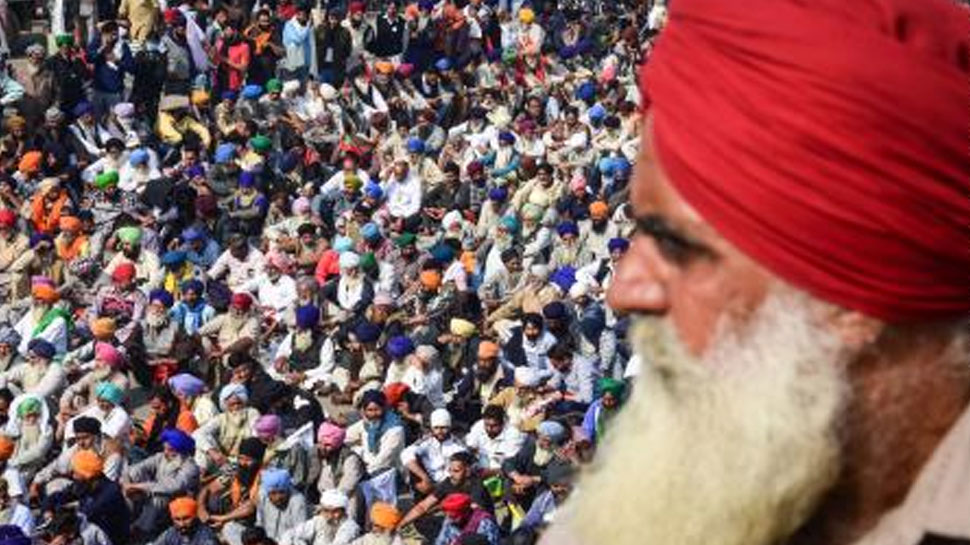 Pune: Demonstration of farmers on the borders of Delhi in protest against the new agricultural laws (Farmers Protest) Continued on the 14th day. Meanwhile Maharashtra (MaharashtraPune ()Pune) Is such a place where in support of the demands of farmers, Delhi’s’Shaheen baghOn the lines of ‘Kisan Bagh’ movement has been started.

Indeed, the recent Citizenship Amendment Act (CAA) Was continuously demonstrated for several months in Delhi’s Shaheen Bagh, in which a large number of women were involved. This performance was being discussed all over the country and Shaheen Bagh’s name had come on everyone’s tongue.

‘Kisan Bagh’ in Mumbai on the lines of ‘Shaheen Bagh’
Now along the same lines, ‘Kisan Bagh’ movement has been started in Pune to provide justice to farmers and workers all over India. It is being told that it has been started by taking inspiration from the famous Shaheen Bagh style, in which demonstrations are being held to demand to secure the interests of farmers and workers.

‘Kisan Bagh’ is the brainchild of ‘Adhav’
This is the brainchild of veteran and experienced social worker Babasaheb Pandurang Adhav (90), who is known as Baba Adhav. Many others along with him have become part of this movement, which was started on Tuesday on the occasion of Bharat Bandh. On Wednesday, 50 farmers were seen sitting on a dharna outside the Pune Collectorate on the second day of the Kisan Bagh movement.

Also read: – PICS: After the snowfall, the ‘Taj’ of Kashmir woke up, showing a paradise

‘Because all farmers are angry’
Convenor of Jan Andolan Sangharsh Samithi Vishwas Utgi said that on Thursday, on the occasion of International Human Rights Day, there will be agitation in Konkan Bhawan of Raigad and later ‘Kisan Bagh’ movement will start in all areas of Maharashtra. Baba Adhav also feels that this idea will catch pace and similar ‘Kisan Bagh’ agitations can be seen all over India. Counting the reason behind this, he said, ‘Because all the farmers are angry.’

This scene was shown for the first time
Baba Adhav told in a conversation that, ‘I have participated in the freedom movement, United Maharashtra Movement, Emergency and many other movements, but this is the first time I have seen the urban population in full support of rural farmers and workers’. He praised the farmers for sweating the fields at the time of nationwide lockdown imposed by the spread of corona virus. He said that with the health risks during the bandh, the farmers prepared the produce with the help of workers, which reached every house in the country.

Farmers recognized as Corona Warriors
Baba Adhav also accused the central government of ignoring the farmers. Baba Adhav demanded that the Central Government should give equal benefit to various schemes by recognizing farmers as Corona Warriors. Swabhimani Shetkari Sanghatna President Raju Shetty said, ‘Bharat Bandh’ of December 8 was a joint initiative of the All India Kisan Sangharsh Coordination Committee, in which we were all partners. From Thursday, we will join the ‘Kisan Bagh’ movement to bring justice to the farmer brothers.