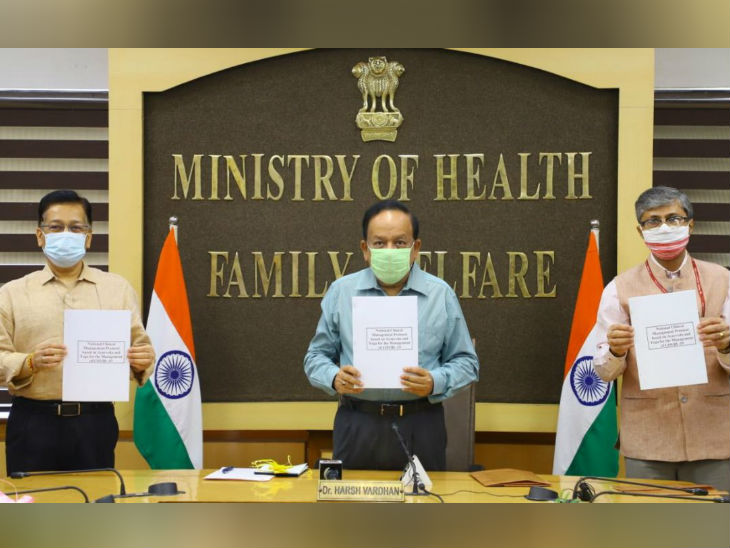 National Clinical Management Protocol Based On Ayurveda And Yoga Released For The Management Of Corona.

The protocol was released in the presence of Minister of State for AYUSH Shripad Naik and Dr. Harsh Vardhan through virtual programs.

new Delhi. Union Health Minister Harsh Vardhan on Tuesday released the protocol for clinical management of Kovid. It mentions the use of dietary remedies, yoga, herbs, ashwagandha and AYUSH-64 for prevention of corona infection, mild symptoms and treatment of asymptomatic patients.

Harsh Vardhan said on Tuesday – Medical studies have confirmed that Ayurvedic medicines like Ashwagandha, Cloves, Giloy and AYUSH-64 are used to protect against corona. This protocol is not only an important step for the management of corona, but this traditional knowledge can also solve the medical problems of modern times.

What to do to prevent infection?

What to do when exposed to infected?

How to treat patients with asymptomatic and mild symptoms?

What is the protocol for patients recovering from infection?

Trump’s press secretary is also Corona positive; The PM of Malaysia underwent quarantine after his minister was infected; 3.55 crore cases so far in the world