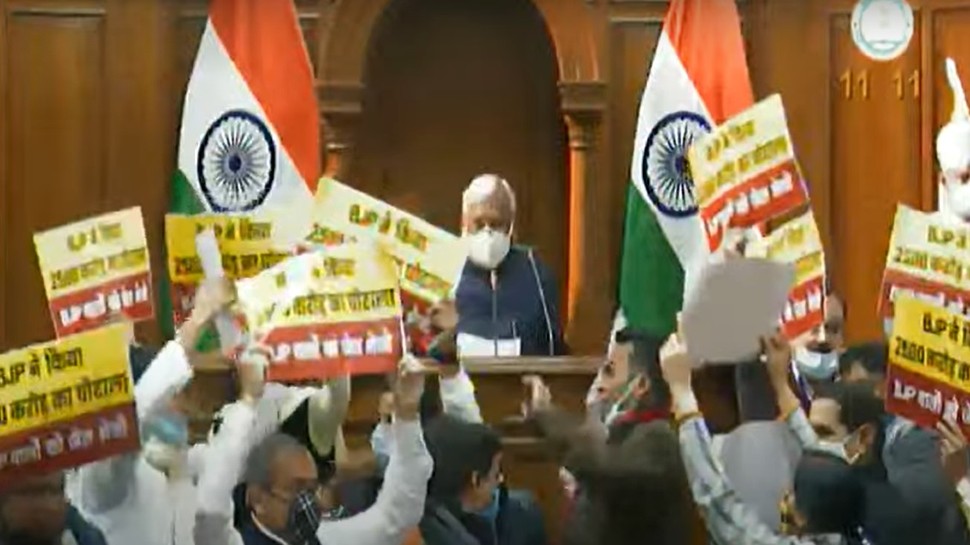 MLAs shouted slogans in the house

The special session of the Delhi Assembly called for the farmers was adjourned for 15 minutes as soon as the proceedings of the house started. Aam Aadmi Party MLAs reached the house carrying banners and posters of the scam in MCD. Even before the session started, AAP party MLAs shouted slogans in the House, where they shouted slogans to send the corrupt to jail.

MLA brought tractor in the house

Aam Aadmi Party MLA Saurabh Bhardwaj presented the Parliament Papers in the Assembly on the scandal in MCD. Along with this, he also proposed a demand for a probe from the CBI in the rent waiver case in the House. The House agreed with a voice vote to discuss this proposal.

You are doing drama: Anil Chaudhary

Delhi Congress state president Anil Chaudhary said in a tweet, “The special session of the Legislative Assembly was called for the farmers, but here too, instead of talking seriously, the Aam Aadmi Party is using the house to misuse the drama. Delhi is grappling with many serious problems at the moment, but Arvind’s focus is only on publicity and drama. ”